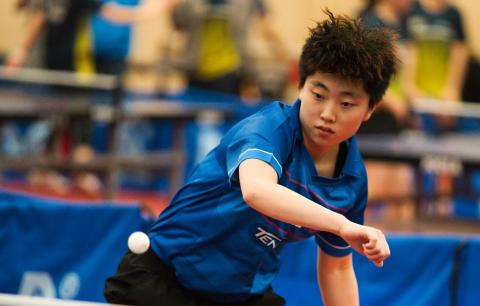 In College table tennis winning the “double double” is in reference to a school’s Men’s/Coed Team and Women’s team winning both championships in a said tournament. Ohlone College has done just that at the West Regionals at the SITTA club in Sacramento some weeks ago. Ohlone College, despite their smallish stature in terms of population (8,000 students) vs the juggernauts of the West Region like UC Berkeley, USC, etc., have really shown their true spirit.

In addition to winning both team events, Ohlone players won the Men’s Singles and came in 2nd in the Women’s Singles. Bob Chen of Ohlone bested UC Riverside’s best, Victor Liu. On the women’s side San Jose State’s (which, by the way has got a great team this year) Yixiao Wang took out Ohlone College’s Qiao Jiao.

West Region was missing a plethora of players due to the USA Trials the same weekend but still provided an insight to what will be one of the most competitive NCTTA Championships ever.